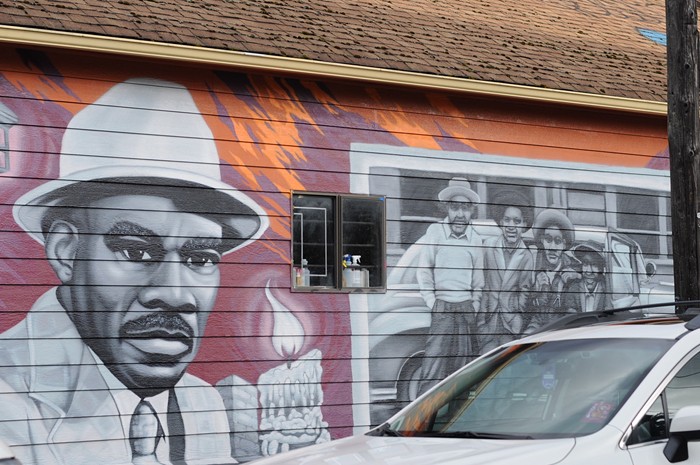 With a diverse range of organizations and businesses, Portland’s Black community provides visitors with resources and a friendly welcome. The Rose City is home to a vibrant Black culture. Use the links below to explore the city’s Black history and Black cultural events, as well as Black-owned businesses and restaurants.

Of the non-Native people who settled in Oregon, Black pioneers were among the earliest to arrive. In the years since, Black people have overcome barriers and discrimination to make significant contributions to politics, medicine, the environment, sports and the arts in Oregon. Portland today is home to more than 41,000 Black residents, most who live on the city’s east side, and a vibrant Black culture.

Portland is known for its thriving music scene, and much of the credit for building the city’s melodic reputation goes to the Black community. In addition to the popularity of the two-week PDX Jazz Festival, the Rose City also hosts the longest-running free jazz festival west of the Mississippi in St. John’s Cathedral Park. Portland’s jazz culture is extensive. Notable jazz artists from Portland include Esperanza Spalding, Dave Frishberg, Mel Brown and Jim Pepper.

Today, Portland’s hip-hop scene is also thriving. Despite discrimination and gentrification, hip-hop has found a way to survive in what has historically been a less-than-diverse city. One promising step forward happened in 2015, when then-mayor Charlie Hales designated Oct. 15 as “Portland Hip-hop Day.” The city even has Green Muse, its first Historical Hip-Hop Dispensary. Notable hip-hop artists from Portland include Vursatyl (of Lifesavas), Libretto, Hanif, Cool Nutz, Mic Capes, Glenn Waco and Rasheed Jamal.

Visitors looking to taste flavorful dishes from faraway Ethiopia, Morocco and Cote d’Ivoire can sample them stateside. In Portland, the African food scene thrives in many of hidden-in-plain-sight spots throughout the city. From Black Star Grill’s famous jollof rice to E’Njoni’s unrivaled timtimo (red lentils in berbere sauce), these African eateries offer the full culinary experience.

« Building a Better Community
Visit these destinations to connect with Portland’s Black community. »

Copyright © 2021 Making A Dash. All Right Reserved. Developer by